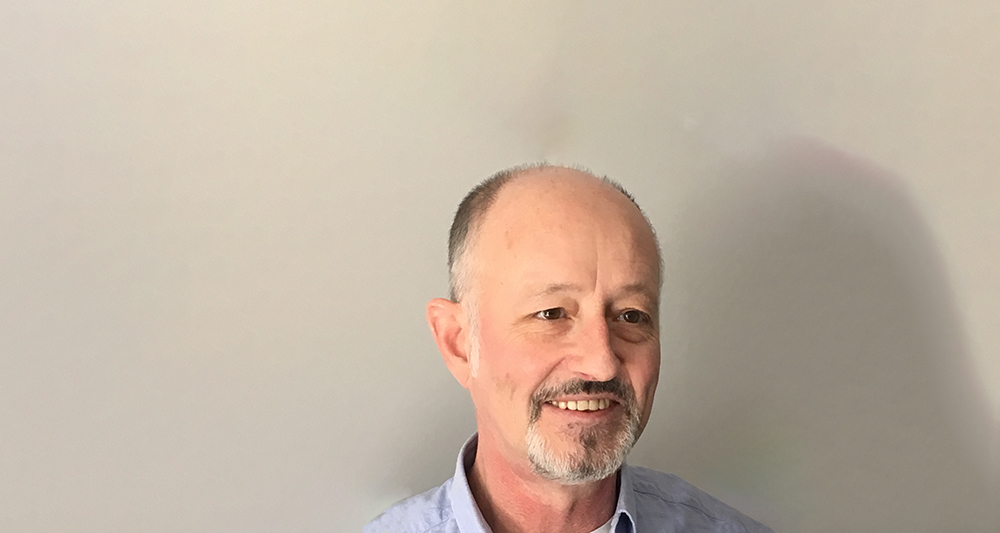 Bruce Gilligan is an author and illustrator. He has had first hand experience of radiotherapy and it’s influenced his life in more ways than one. Read on to find out more…

When I heard recently that some people don’t know that (1) radiotherapy can be curative, and (2) only 5% of the NHS cancer budget goes towards funding radiotherapy treatment, it made me wonder whether the importance of the role of radiotherapy in cancer treatment is fully understood. So, when I was invited to write a blog for Radiotherapy UK I thought what better subject matter than sharing my personal experience of radiotherapy, how it has shaped my life, and why I feel radiotherapy is so worthy of investment.

My first experience of radiotherapy was when I was diagnosed with Non-Hodgkin’s Lymphoma in 1986 aged 24. I was an engineer, and was married with two children: a three-and-a-half-year-old daughter and an eight-week-old son. Part of my treatment involved inverted ‘Y’ external beam radiotherapy at Cookridge Hospital, near Leeds. That was over 33 years ago!

I know sceptics may argue that there are always exceptions to the rule. That may be the case, but I would like to share some of the things radiotherapy treatment allowed me to go on to do with my life.

Within a year of completing my radiotherapy treatment, I left my engineering career and began training as a student nurse. After qualifying and spending the minimum requirement of twelve months working as a staff nurse in an acute hospital ward, in 1991 I started training to be an oncology nurse at the Royal Marsden Hospitals in Sutton and in London. Once qualified, I took up a permanent position at the Royal Marsden Hospital in Chelsea, London.

After much soul searching, I seized an opportunity I couldn’t refuse to learn more about cancer. In 1994 I began working for the pharmaceutical industry as a nurse adviser and spent the next 14 years specialising in oncology, during which time I played key roles in the product development and launch of many high-profile cancer drugs. For a further ten years I continued to specialise in cancer-drug development working as a freelance consultant for numerous pharmaceutical companies.

However, in 2016 my health suddenly and unexpectedly began to deteriorate when the long-term side effects of the radiotherapy I had received in 1986 began making their presence known. As my major arteries succumbed to radiation-induced vascular disease, multiple morbidities resulted in the need for the endovascular insertion of 14 arterial stents: surgical intervention was considered too high risk because of the radiation damage. As I continue to struggle with the progressive nature of my disease and experience the difficulties that many people face trying to navigate their way through the numerous and complex NHS medical departments to manage the long-term side effects of cancer treatment, I have often asked myself whether radiotherapy was really worth it. 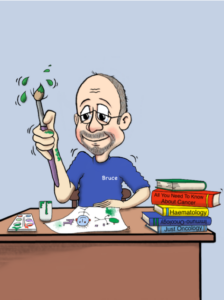 Although I am no longer able to work due to my illness, I continue to utilise the knowledge about cancer I acquired over the many years that the treatment with radiotherapy has afforded me, and have recently written and illustrated two self-published support booklets: ‘Communicating with People Newly Diagnosed with Cancer’ (available on iTunes or Amazon) and ‘Understanding Neutropaenia’ (available on iTunes or Amazon). I have also had two illustrated children’s adventure books published: ‘Drifting’ and ‘Seeing’.

So, from my perspective, if radiotherapy had not been an option for me, I may not have had the opportunity to dedicate the biggest part of my life to learning as much as I have about cancer, nor would I have been afforded the tremendous honour of caring for people with cancer. Neither would I have had the opportunity to play the part I did in so many significant milestones in the evolution of cancer treatment. But finally, and most importantly, I probably wouldn’t have been able to witness my children – who were so young when I was diagnosed – growing up and having children of their own. So, as far as I am concerned, having radiotherapy was definitely worth it.

As I contemplate my future and wonder whether I will still be around to see my grandchildren starting school, I am comforted to know that radiotherapy treatment has come such a long way since 1986 and, importantly, because of investment and research into radiotherapy techniques, side effects like mine are fast becoming a thing of the past. But I worry the gift of life that this vitally important cancer treatment gave to me may not be available to others unless we continue to raise the profile of the true value of radiotherapy, significantly invest in our radiotherapy services and develop a much more cohesive NHS approach to managing any long-term side effects associated with this mainstay of cancer treatment for so many people.

We use cookies and similar technologies to enable services and functionality on our site and to understand your interaction with our service. By clicking on accept, you agree to our use of such technologies for marketing and analytics. Find out more