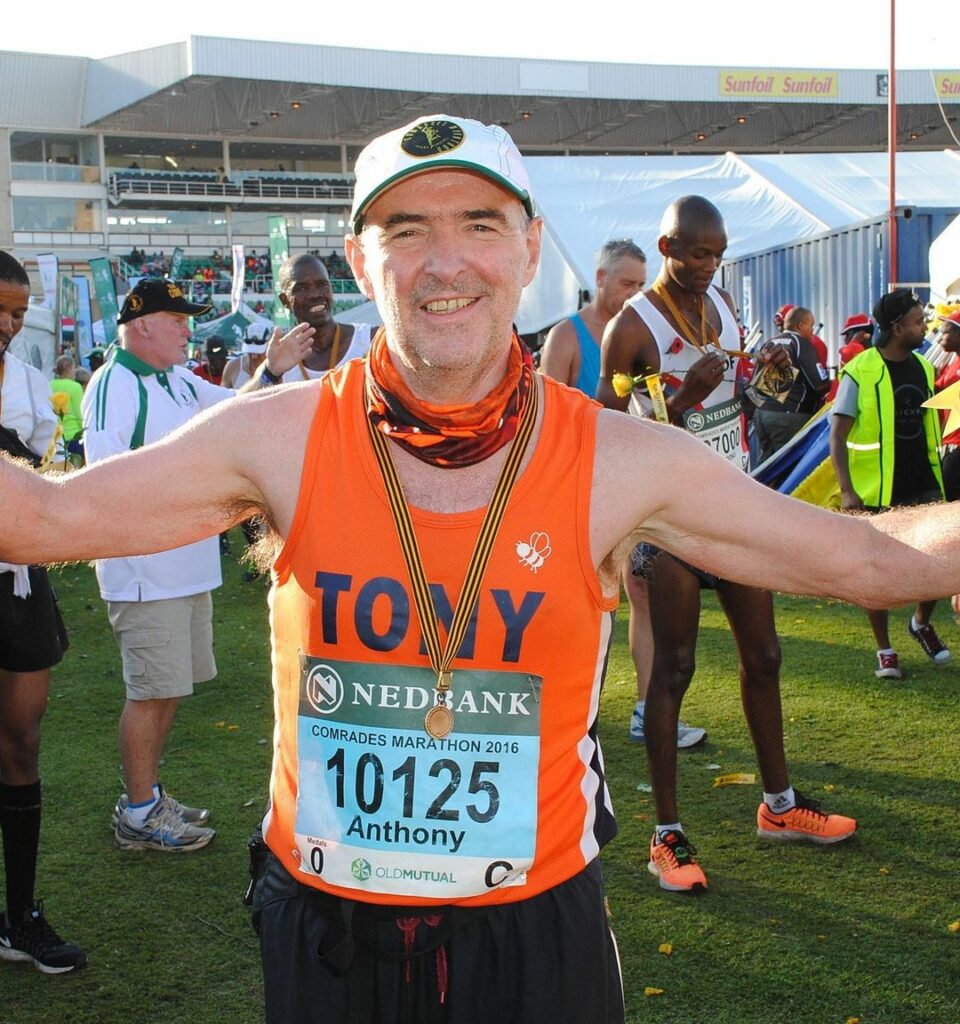 Hello my name is Tony, in 2017 I was training to take on one of the world’s toughest road Ultra-marathons, Comrades in South Africa, 56 miles, 6500 feet of climbing and usually 28-33C! The race was supposed to be in June 2017 but back in the February I’d started experiencing a runners “groin strain” that I managed with pain killers! I ran 2 marathons sub 3 hours 50 mins with it too! We run through pain because that’s obviously the best way to deal with injuries isn’t it?

After an MRI, I went for a chest x-ray, CT scan and blood tests, including the PSA blood test that I’d never heard of before. It was pretty obvious that you don’t need those for a groin strain and that evening was terrifying. After the Dr. told me I had prostate cancer, a whirlwind 10 days of biopsies, bone scans and urology appointments followed. I was told it was incurable advanced stage prostate cancer and may only have two years to live.

We were devastated. Being told that you’ve got cancer is bad enough but being told that they can’t cure it is indescribable. Only 30% of men with my diagnosis live five years. The urologist told me I’d had it for 10 years. If I’d known about the PSA test and had one annually from age 50, my cancer would have been caught early and I could have been cured.

I’d like to say…grasp life now and don’t wait until you get a dreaded diagnosis. Live life to the full and I think it’s also important that when you have a life changing diagnosis, that you really do live your best possible life and do whatever we can whilst we can. I have a favourite saying and it’s that we must always keep on keeping on. So KOKO my friends, KOKO. #prostatecancerawarenessmonth

We use cookies and similar technologies to enable services and functionality on our site and to understand your interaction with our service. By clicking on accept, you agree to our use of such technologies for marketing and analytics. Find out more